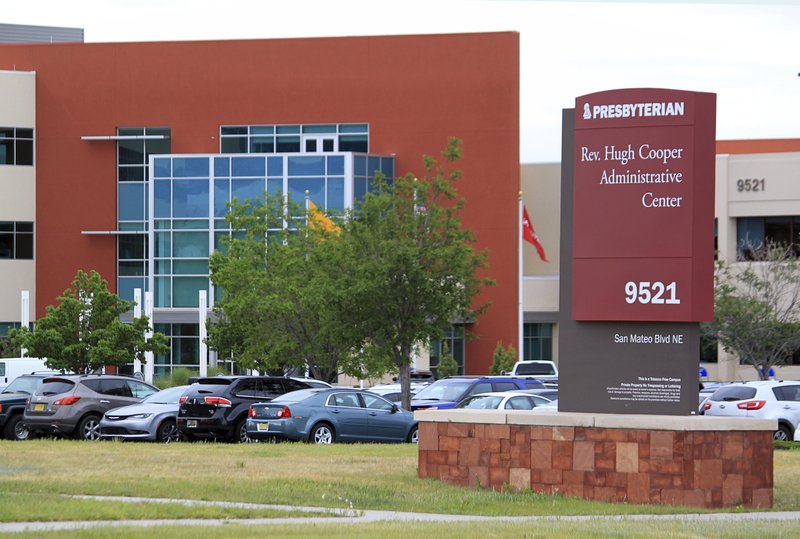 This May 18, 2016 file photo shows the Presbyterian Healthcare Services administrative center in Albuquerque, N.M. Presbyterian Healthcare Services and the University of New Mexico are teaming to lure nurses into some of the state’s most rural areas. The Albuquerque Journal reports the two health care organizations recently collaborated to land a $3.2 million grant to develop a residency program for nurse practitioners in 10 New Mexico cities and towns. (AP Photo/Susan Montoya Bryan, File)

ALBUQUERQUE, N.M. (AP) — Presbyterian Healthcare Services and the University of New Mexico are teaming to lure nurses into some of the state’s most rural areas.

The two health care organizations recently collaborated to land a $3.2 million grant to develop a residency program for nurse practitioners in 10 New Mexico cities and towns, the Albuquerque Journal reports .

The four-year grant from the National Health Resources and Services Administration will help nurses and midwives relocate and stay in remote areas, Johanna Stiesmeyer, director of clinical education and professional development for Presbyterian, said.

“Getting providers out there to those communities is so, so hard,” Stiesmeyer said.

On average, rural residents nationally tend to be less healthy than those in urban areas, and have significantly less access to nurses and other health resources, according to a study from Georgetown University’s Health Policy Institute. The study says fewer than 11% of physicians in the U.S. practice in rural areas, where 20% of the population lives. Over 20 million rural Americans live in areas that have a provider-to-patient ratio of 1-to-3,500 or worse.

Nationwide, there are about 0.83 nurses per 1,000 residents, Stiesmeyer said. In rural New Mexico, the nurse-to-resident ratio is roughly one-third of that.

“There is just a monster gap for patients out there,” she said.

Through the grant, the program will send graduates from the University of New Mexico’s College of Nursing to 10 communities: Capitan, Carrizozo, Corona, Española, Ruidoso, Southwest Albuquerque, Socorro, Belen, Los Lunas, and Tucumcari.

Carolyn Montoya, associate dean of clinical affairs at the UNM College of Nursing, said the program also will have a focus on mental health issues, substance abuse and dealing with patients who have a mix of ailments.

WINDOW ROCK, Ariz. (AP) — The Navajo Nation on Wednesday reported six new confirmed COVID-19 cases and four additional deaths.
Tribal health officials said the latest figures pushed the total number of cases since the pandemic began more than a year ago to 30,793 on the vast reservation that covers parts of Arizona, New Mexico and Utah.

The known death toll now is 1,306.
Navajo Nation President Jonathan Nez said people must continue getting vaccinated, wear face masks and practice social distancing.
“The Navajo Nation went from having one of the highest per capita infection rates in the country to some of the lowest daily infection numbers we have seen on a consistent basis” Nez said in a statement. “We are not out of the pandemic and we can expect to see new daily cases for some time until we get more and more of our people vaccinated.”

(StatePoint) Today, American Indians, Alaska Natives and Native Hawaiians (AIAN) serve in the U.S. military at one of the highest rates per capita of all population groups, according to the Smithsonian Institution. In fact, the AIAN veteran cohort served in the Pre-9/11 period of service in a higher percentage than veterans of other races (19.9 percent vs.

Here are a few ways to honor the legacy and service of Native American veterans of the U.S. military.
Learn the History
Native Americans have served in every major U.S. war,and the history of their service during World War II is particularly significant, as Navajo, Comanche, Sioux and Hopi servicemen developed and memorized special codes based on their languages to send critical messages from the frontlines of battlefields in the Pacific, Europe and North Africa.

Support Initiatives
Organizations that promote appreciation and understanding of the identities and cultures of Indigenous Peoples, as well as honor the achievements and service of veterans, are helping shift the norm and serve as a model to others. Thankfully, many organizations and companies are already taking steps to honor Native American veterans in ways that tangibly improve lives and expand opportunities, such as through housing programs, educational scholarships and hiring initiatives.

One example is Operation Tiny Home, a non-profit which provides apprentice training workshops for Native Americans to build high-quality, sustainable housing.
Corporate action is also making an impact. In the case of Wells Fargo, initiatives include having dedicated team members focused on serving AIAN communities in the U.S. with products, services and financial education programs tailored to help tribal governments, tribal enterprises and tribal members succeed financially, as well as through hiring initiatives targeted at veterans through its Military Affairs Program.

“Wells Fargo has been the most military friendly company I’ve ever worked for,” says Shanitra Foster, a Wells Fargo personal banker who is Navajo and served in the Army National Guard as a military police officer. “My team really supported me when I take time off for my drill weekends.”

For more information on financial support in Native communities at wellsfargo.com/jump/enterprise/native-people.
Visit a New Monument
A visit to the U.S. capital has long held opportunities for learning about U.S. military history, and soon, those who make the trip will have a dedicated site where they can honor AIAN veterans across generations. In November 2020, The National Native American Veterans Memorial will be unveiled in Washington, D.C.

By the late 19th century, New Mexico was the wine growing region in the United States, producing over a million gallons each year. These days, nearly 50 wineries dot the landscape, and many of the wines produced here are award-winning and well worth your time.

We’re a smart bunch here in the Land of Enchantment. The state is home to more PhD holders per capita than any other state in the country.

Denver might be the Mile High City, but it ain’t got nothing on Santa Fe. At 7,199 feet above sea level, our capital city — home to an unparalleled arts scene, killer cuisine, and a visual vibe you won’t find anywhere else in the US — is the highest in the nation.

Capulin Volcano National Monument towers over the edge of the Great Plains in the northeastern corner of the state. An extinct cinder cone volcano, the formation once served as a landscape marker on the Santa Fe Trail. Today you can drive to the top of the 8,000ft cone for one seriously stunning view that takes in Texas, Oklahoma, Kansas, and Colorado, in addition to New Mexico.